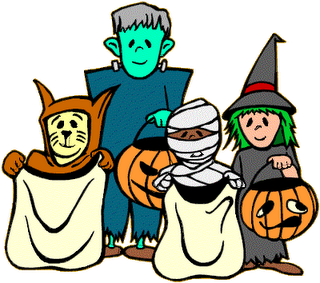 We climbed cement stairs to the porch of one of the row homes in our modest neighborhood and knocked enthusiastically, shouting “Trick or treat!”

Our mother had created our simple costumes at minimal expense. Nevertheless, we thrilled at the opportunity to don another identity, if only for long enough to walk from house to house along our street.

A few families—often those whose children were adults and had moved away—celebrated in the way that Old-World Halloween had been celebrated for centuries: with children honoring their elders by performing tricks and receiving treats for their efforts.  My sister and I were still quite young when we were introduced to this tradition. Neither of us had a magician’s touch with demonstrating a trick, so we performed in another way: I sang a children’s folk song while my sister responded with an interpretive dance.

We did not understand that we lived amidst families whose recent ancestors had immigrated to our country from distant lands during times of extreme hardship. We only knew that these neighborhood patriarchs and matriarchs must have loved our performances, smiling and applauding as they did (and, I imagine, sometimes laughing at our serious efforts).

Not every household followed this tradition. Rather, they focused on an appreciation of every child’s costume and offered a treat. At one home, we were invited to bob for apples. Once we’d managed to capture an apple (with a spoon, if bobbing was unsuccessful), the apple was pierced with a popsicle stick and dipped in melted caramel. From there it was placed, stick side up, on a sheet of waxed paper to cool just a bit. With the caramel apple wrapped in more waxed paper, we carried it carefully to enjoy later.

We knew what it meant to be a neighbor on this holiday—generations coming together, sharing their cultural heritage. At each home we paused long enough to notice each other. This is the ancient tradition of villages’ annual celebration at the end of the harvest season, one of coming together before the darker months of winter descend, with a reassurance that we are not alone.