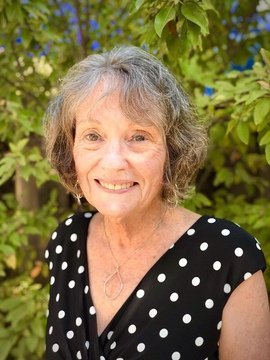 A few nights ago, while watching a bit of an old television program, I heard one of the younger characters mention “the wrinklies.” He was not referring to linen shirts but rather to people of an age when they are likely to have a textured roadmap for skin. Each of us wears our age in our own way. Perhaps our hair turned silver-gray at the age of forty or we developed sagging bags under our eyes long before the age of retirement. Perhaps our skin is sagging from chin to chest, leaving a neck that­­­­­­ looks more like that of a chicken. There are few full remedies short of plastic surgery to remove this particular sign of aging, and even that remedy is somewhat temporary. So, gravity and declining tissue elasticity will continue to work against any preference to prevent Nature’s steady march forward (and gravitationally downward).

On my mother’s side of the family, our hair turns gray later than the average age. A person (probably nearsighted) recently told me that she loved the highlights in my hair. And this is how I prefer to think about “turning gray”: It highlights the decades of experiences, difficulties, and hard-won achievements of my life. I told the young woman that I had earned every one of those gray hairs, and I believe that with greater certainty with each new highlight. I would not consider dying my hair to its original color. Who would be fooled, and why would I deny having traveled far, endured much sadness, and enjoyed much happiness? Gray hair is a celebration of a life that is facing forward, not a life that is attempting to walk back into the past while time marches on.

We of a certain age tend to blame our maladies on our age. Forgetful? I was forgetful at the age of ten. If my mother sent me to get something from a closet, I would walk away and promptly forget why I had gone down the hall. The reason was the same then as it is now: Rapid sequences of other thoughts and plans take over my mind within seconds of “I need to put the laundry in the dryer.”

Aching back? I can’t blame that on age. I simply need to do more stretching and exercising, which I have needed to do since my love of sedentary activities such as writing and researching began to take over my waking hours. I do know that the older we get, the more important stretching becomes. I’ve added first-thing-in-the-morning stretches. That has led to the irony that my back aches less now than it did when I was half of my current age. Next step: more walking and hiking.

This is not to say that the “aging process” (a euphemism, eventually) does not take its toll on our bodies beyond the sagging body parts. However, it is to say that the highlights of our lives that reflect off our hair are a good thing. When my mother and father were in their eighties, my father would still look at his silver-haired “bride” (as he sometimes called her) and see the most beautiful woman he’d ever met. Being one of the wrinklies should be a title in which we take pride: We earn our body’s roadmap with each day of our lives.