I must go down to the seas again 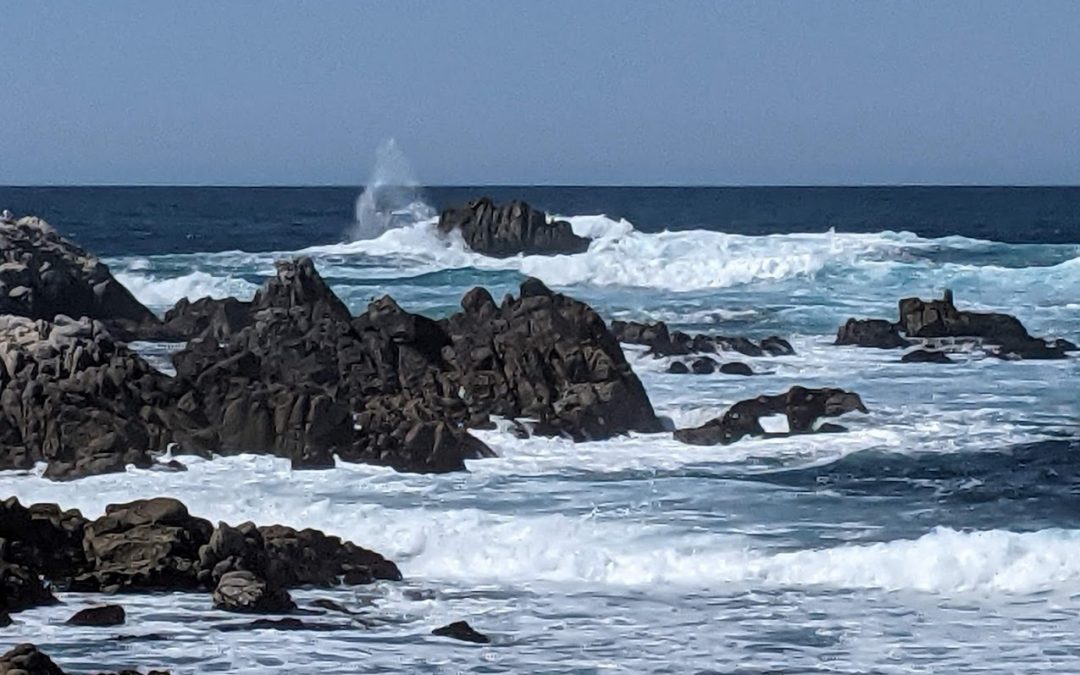 I must go down to the seas again, for the call of the running tide
Is a wild call and a clear call that may not be denied;
And all I ask is a windy day with the white clouds flying,
And the flung spray and the blown spume, and the sea-gulls crying.

To celebrate the transition from winter to spring, I’ve traveled to the Monterey Peninsula, a place that speaks to my aesthetic soul. Pacific Grove, at the end of this stretch of land, greets both the Monterey Bay and the broader Pacific Ocean with its historic lighthouse.

It was in 1770 that Spanish missionaries, led by Franciscan Father Junípero Serra, and Spanish military forces, led by Captain Gaspar de Portolá, came to establish Christianity as the religion and Monterey as a presidio and port. The Monterey Bay was treacherous for their sailing ships. The rocky shoreline still warns of danger, as do the clanging buoys and Point Pinos Lighthouse beacon.

I’ve been walking along this shoreline, from time to time, for a decade now. I imagine those first sailing ships attempting to navigate the dark and choppy waters, with cargo ships delivering essential goods to early Spanish and Mexican settlers. The Monterey customs house still sits close to what is now a marina, filled, row after row, with sailboats and fishing boats.

My lodgings on this visit are in a Victorian-era inn that first opened its doors in 1892 under the ownership of Eliza A. Bieghle. Each time I walk in this early part of Pacific Grove, I envision the place as it might have been when the inn first opened to those attending Methodist Chautauquas. The streets are narrow here, lined with small bungalows where the current owners maintain the architecture and spirit of those homes, a plaque outside each front door that notes the name of the original owner and the date of purchase. It appears that most of those owners were women. I imagine their stories.

Yet my eyes are drawn down one of these streets to the sea. Small white caps say that, today, there will be a breeze along the trail that runs next to that rocky shoreline. The sky is a brilliant blue. I anticipate the late-March sun will keep me warm; if not, the effort to walk in soft sands and on unyielding rocks will. The picture-perfect bungalows have become familiar over the past decade of my travels here, but the shoreline and bay are everchanging.

What will become a six-mile walk begins at Lovers Point and weaves around the craggy shoreline. The tide is high. Tidepools of sea anemones, starfish, and hermit crabs will reappear in a few hours. But for now, they are as invisible as the mile-deep canyon below the Monterey Bay.

There is something incomparable in the way that waves crash against and over the rocks that protrude from the sea near the coastline. Today, the waves don’t tower above the rocks, but they still represent an awesome natural power and beauty. Especially just after the sun, moon, and Earth align and tides ebb and flow most profoundly, the sound of wave after wave turning onto itself with a roar and then crashing against those rocks humbles me. How many millennia have the sea’s waves broken over these weathered, but still jagged, forms? Two magnificent powers: enduring rock and resounding waves.

I’ve come back to the seas again but will feel their presence long after I’ve departed.