“Hey, darlin’.” An elderly gent, about my age, nodded a hello.

At a bluegrass festival, “Hello, darlin’” is not a pickup line. One way to tell is that it’s said with exactly the same twang that’s coming from the main stage performers, singing their bluegrass, acoustic country, and countrified rock, even though the person might hail from Chicago or San Jose. Set after set, showcasing the talents of 35 Years of Trouble, Rogue River, Hot October, and the Circle R Boys? You can’t help but pick up the twang by about the fourth band’s ascension to the stage.

He was sipping what looked like it might be a gin and tonic, corn chips covered, perhaps to keep the pesky flies from taking up residence. He was clearly caught up in the ambiance of the Good Old-Fashioned Bluegrass Festival, here in Tres Pinos and the San Benito County Historic Park.

“Hey! Looks like you have the perfect spot today.” I have rare moments of sociability.

“Yep, I do. It doesn’t get much better than this.”

“I’m sure. What’s not to love?” (It’s my ready response to anything that seems all good.) “You’ve got the shade, a gentle breeze blowin’ to keep you comfortable, a great band playing, and some genuinely good people.” The Circle R Boys were almost through their set. Their rendition of Woody Guthrie’s “Worried Man’s Blues” was still going round and round in that music-playing part of my brain.

“Yeah. We got here on Wednesday just for that reason.”

“Where y’all from?” The twang had found its way into my speech.

“In a little town between Watsonville and Gilroy.”

“Yeah. We used to be in San Jose, Evergreen area. That’s where we raised our kids.”

The conversation meandered into the past.

“I flew with the Navy, part of the flight crew, in Vietnam. We saw some things. Then we got home and nobody would believe us.”

“Yeah. That was a very bad time.” I remembered my time in college, corresponding with soldiers in Vietnam, then marching past the Army War College to protest the war—but not the warriors.

“Well, we had security clearances that wouldn’t let us say exactly where we were or were going next. My family would ask, ‘So, what’ve you been doing?’ I’d say, ‘Oh. We went here and there and there’—nothing specific. We would go to Australia or the Philippines, not just flying missions, so I’d mention other places.”

“Yeah. I remember that time. Not many people understood what you guys were doin’. It had to be pretty rough.”

“Yeah. The things we saw, we just couldn’t talk about.”

“My partner was in the Army in Vietnam. He was a coxswain—you know, going out to the ships to bring supplies back to the mainland.”

He nodded his head, acknowledging that not everyone understands that the Army has seamen and the Navy has pilots.

“We got a lot of training, ready for almost anything. There’s one time, we were out and a guy had an artery severed. I grabbed him and tied off the artery with dental floss. It’s a handy thing to carry ’round with you.

“On the plane, guys were vomiting.” Lest I didn’t understand the reason, he added, “It was the shock of it all. It was too much.”

“They told me I’d saved that guy’s life. I know that. He was as good as gone. I never saw him again. But, ya know? It’s a good feeling, knowing you saved someone’s life.”

The conversation had drifted back to that Vietnam reality, forever seared into his brain with the red-hot branding iron of having been there. Not all disabled veterans have suffered visible wounds. I knew something about that, if only second-hand.

“My dad was in the submarine service. He said the food was the best, and he’d either come back whole or not come back at all.”

“For a lot of guys, that was a one-way ticket.”

“Yeah. My dad almost died. One of their four-inch guns misfired, and shrapnel went through the back of his leg. They were sure he was dead. No pulse. But the medic brought him back. Then they high-tailed it back to Hawai’i as fast as possible.”

Another meander, his thoughts now on his own father. “I raised my youngest brother. There were eight of us kids. Mom died suddenly, unexpectedly. My brother was only ten. And Dad was not doing well. We moved him out to California. I was raised in Illinois, so we moved him from there.

“One weekend, my wife and I went to Yosemite and had Dad mind our kids. We got back and Dad was lying on the sofa, blue in the face.”

My expression was one of surprise and compassion.

“I picked him up, laid him on the floor and just started pumping. When I got a pulse, I picked him up, put him in the car, and went as fast as we could to the hospital.”

“Good Sam?” I knew Good Samaritan Hospital would have been close to where he and his family were living at the time when they still had kids at home.

“Nah. O’Connor. Got ’im there and, of course, they wouldn’t let me into cardiology with him. Later the cardio doc came out and said, ‘You know you saved his life. He would not be alive right now without you.’ It was all that training in the Navy. It was only a few years after I was back. I flew for three years, then back to Illinois, then to San Jose. Now they tell you, just pump the chest.”

The change in CPR technique came about a while back, I knew. Before that, it was complicated, what with the alternation between pushing breath into the victim’s lungs at one rate and thumping on the ribs against the heart at another rate. I nodded in acknowledgment.

“After that, we moved him out to California and the next year, he moved back and left my brother for us to raise– not before making us his guardians so we could get him on our insurance and everything.” He seemed to want to be sure I understood it had not been a rash decision.

Still focused on his baby brother, he reflected, “By the time he graduated from high school, we had to kick him to the curb. When I got back to Illinois after my service, I went to Southern Illinois University. That’s where I met my wife. I wanted him to go to college. He didn’t want to be responsible just yet, didn’t want to go to college. I thought my job was to get him to become a responsible adult. So, we sent him on his way. He did not like me at that point.”

“Yeah. Not an easy thing to do.” I could relate. “You were the dad, effectively. Some kids just need that tough love.” My own kids flashed through my mind… and my lack of tough love when one of them… I don’t know. Maybe she needed tough love. Maybe tough love would have killed her. I didn’t want to throw the dice and see which it was. She’s good now, I thought, while I listened. She’s really good. I’m so glad, so relieved, that she’s the woman she’s become.

“Well, the thing is, he’s a youth minister now, down in Los Angeles. We came from a Southern Baptist upbringing. When someone needed help, we were there. He had that in his upbringing.”

“You must feel good about that.”

“You know what else? He’s a counselor, too, in Los Angeles. For the county. For the city. Helping people.” His pride was a humble pride. It was in his voice and his demeanor.

“He finally became an adult. That’s what you gave him by sending him on his way.”

He nodded, not smiling but with that parent’s expression that says, “not a happy time, even though it ended well.”

“Thank you so much. I’ve very much enjoyed talking with you,” I said with full sincerity.

“The same for you. I hope you enjoy the rest of your weekend.”

I never got his name and he never got mine. That wasn’t what it was about. It was about being a person of a certain age. And recognizing that we’re all connected. 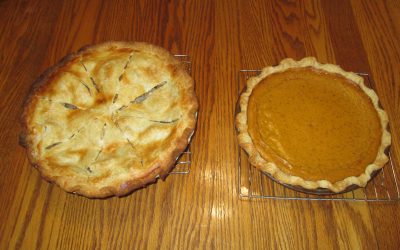 It was my father’s responsibility to carve the turkey (a job he did expertly), sit at the head of our dining room table, and remind us of how fortunate we were.

END_OF_DOCUMENT_TOKEN_TO_BE_REPLACED 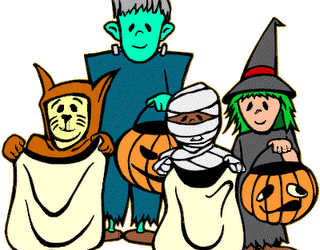 We knew what it meant to be a neighbor on this holiday—generations coming together, sharing their cultural heritage.

END_OF_DOCUMENT_TOKEN_TO_BE_REPLACED 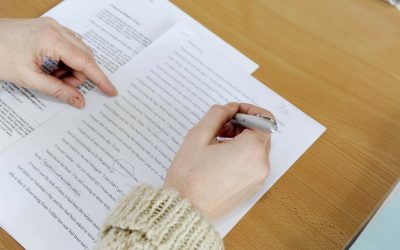 There will be “a moment, a magical moment, at some point, when…you don’t need the effort anymore” because, like dancing, you reach a point when your conscious effort becomes a natural act.