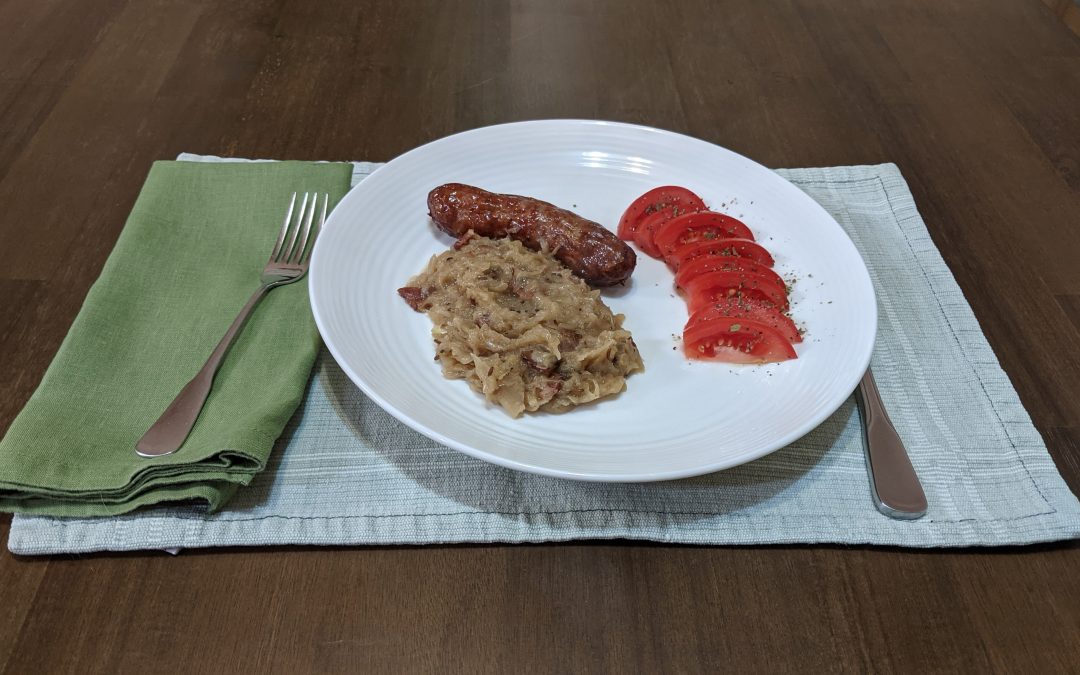 Growing up, we had people we called “aunt” and “uncle” who weren’t on any of our family tree’s branches. Rather, they were close friends of our parents—people we spent time with on holidays such as the Fourth of July and Labor Day. Aunt Dolly and Uncle Joe were two of those non-relatives, people we loved and loved to be with.

Aunt Dolly had a ready laugh, the kind that comes with eyes that sparkle. Sometimes my father would say something that brought on tears of laughter, and when she had recovered, she would proclaim, “Oh! Clem!” as she wiped her eyes. My parents and their friends had endured the Great Depression and World War II. There was a lot to be happy about: They had survived. As children, we were unaware that they had buried within them painful memories that this Greatest Generation carried with them as they were raising children and earning a living.

We were the kind of patriotic family that raised a flag for Memorial Day, the Fourth of July, Labor Day, Veteran’s Day, and Thanksgiving. We joined Aunt Dolly, Uncle Joe, and their children for barbecues on a couple of those days each year, the dads drinking beer and heating up the charcoal grill while the moms readied potato chips and homemade potato salad and coleslaw that would accompany grilled hamburgers and hot dogs on buns, to be followed by pies or cakes from our mothers’ ovens. While those final preparations were finishing, paper plates and paper napkins might be set around a picnic table, held in place with forks, salt and pepper shakers, and assorted bottles and jars of condiments.

Sometimes we got together for no particular reason other than to enjoy each other’s company, the children pairing off by age. Engrossed in our own play, the baritone and soprano voices of our parents’ conversation formed a muted, melodious background.

We shared other holidays, always getting together sometime over the Christmas season, with feasts worthy of a Christmas Day celebration. Aunt Dolly was a happy hostess; Uncle Joe might play the piano and sing, getting all of us children to sing along.

And no one had a recipe for sauerkraut that came close to being as heavenly as Aunt Dolly’s. This was a Bavarian recipe, handed down to her by her mother. It nearly melted in your mouth—not a single crunch to it and a perfect accompaniment to a pork roast that was also perfectly cooked, juicy, and fall-apart tender.

More than a decade after I had started a family of my own, I still missed Aunt Dolly’s sauerkraut. Uncle Joe had recently and unexpectedly passed away. Aunt Dolly was devastated. So, I asked my mother if she had the recipe. She wrote it out on an index card, the way she kept so many of her recipes, and mailed it off to me.

The Greatest Generation was born about a century ago. My parents and all of their friends are gone. But I still have Aunt Dolly’s sauerkraut recipe. I think of her often. You do that with people you’ve loved. Each time I gather a Granny Smith apple, a pound of uncooked sauerkraut, some brown sugar, a yellow onion, a few slices of bacon, a bit of black pepper, some caraway seeds, and a bit of flour and butter, I celebrate her life and her laughter.