All for the Love of Reading 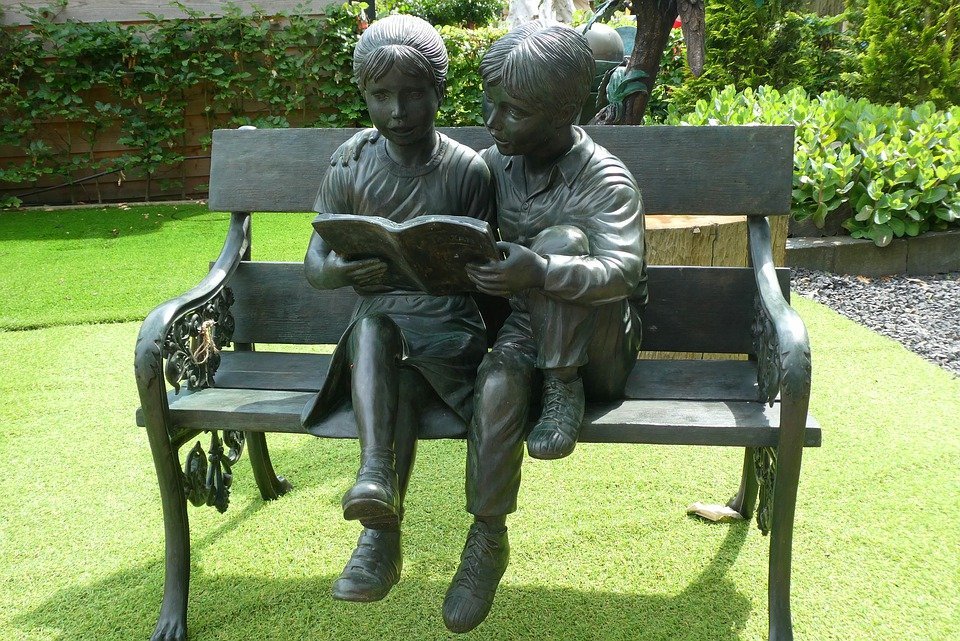 When I was young, my father would open a Golden Book, and we would enter another world together. His reading always pulled me into the story. There was a pause before the first words and an orientation that the initial illustration provided, giving my mind a moment to settle down.

No matter how many times I had heard the story, Dad read those first sentences with a tone of anticipation of what might follow. In fact, I would anticipate the words themselves, reassured that they would be the same, every time the story was read. How comforting it can be to have this part of life that is so predictable within a storybook, yet novel from one book to another!

In Dad’s version of The Three Little Pigs, the wolf had a gruff voice, befitting one who huffs and puffs a lot to get his dinner. The pig who threw together a house of straw had a thin, high-pitched voice. And the most methodical of the pigs had a measured, confident voice. The characters’ personalities each came through so clearly with those distinctive voice qualities!

Sometimes Dad would pause, inviting me to join him in reciting the next lines: “Then I’ll huff! And I’ll puff! And I’ll blow your house down!” We all know what happens to this overconfident wolf when he meets with the pig who takes precautions against dangers! But in the moment, it was the illustration of the three pigs’ fear of a wolf at the door and, simultaneously, my emphatic expression of that bold wolf’s intentions that had my complete focus.

A pause is a special kind of invitation to experience the storytelling more completely. It makes no demands. It specifies no conditions. Instead, it gently entices a child to engage in their own way.

Of course, for a story to continue to engage, it must also gain momentum. Dad would instinctively change the pace of his reading– ever so gradually. The hasty construction of the first pig’s house of straw, when read with pauses, gives space for an unhurried anticipation of failure. But the anticipation of an ultimate confrontation must build! And so with it, the reading pace. By the time the wolf has been thwarted by the third pig’s brick house with its impenetrable door, Dad’s telling of the story would have accelerated to match that wolf’s frantic dashing about with furious determination.

There is something that cannot be captured by a description of reading techniques. And it is by far what matters the most in storytelling with children: conveying a sheer love of reading. My father had so much of that love that it flowed out of him and into me.